Where I Was Before New Spiritual Horizons 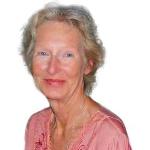 “​In 1974 my car blew up in front of a conference center. I did not know it was a training ground for people. I walked into the restaurant of this center and began to listen to some of the folks managing it.  Of course, I thought they were a bit strange. At least that is what my brain said, but I couldn’t help feel that there was something there for me.

I kept coming back, to sell vegetables. At least I told myself this. I attended small technique sessions and was fascinated. Finally I attended an orientation seminar which really caught my attention. As I sat and listened to the presenter, I saw where I was in that moment. I realized I was always looking over my shoulder, not feeling comfortable with who I was, hiding behind others and taking direction from everyone but myself. I was a spiritual mess, to say the least. I felt like a rubber band ready to let go from all the pressure I felt. It was because I allowed anything outside of myself to be my truth. Mind you I was always enthusiastic and full of energy, but I tired easily from so much thinking and wondering.

It wasn’t two weeks after walking through the doors that I got involved in group work. That did it. Not only did I want to learn about how I could discover why I was living life from others perspective but how I could replace that training with what I want and need in life. I was really sincere about accomplishing this. Group work is one of the best things I ever did. Within weeks I wanted to share the orientation seminar with others. So, I did!  A couple weeks later I wanted to be a consultant. And I did become a consultant! I have not stopped sharing the clarity of having one’s own facts and living life according to what feels good for a long time now. I realized even my greatest strengths could be undermined if I was not being loyal to what I felt. I knew I believed I could do anything and this kept me moving forward.

Change and refinements only happened when I realized that I was emotionally stressed out and miserable. These revelations helped me to be more calm and certainly more sincere with myself and with others. Today that sense of calm gives me a space to value myself, to make good decisions and to live life according to how it feels to me. This commitment also gave me a lot of experiences to share with others based on my life journey”.